Hello everyone – I hope you are all safe and well.

This weekend (June 20/21) I will be posting a new Father’s Day concert package. Mark, Jason and I have recorded and filmed an in-studio collection of songs to reflect and remember all our fathers. My dad passed away just over 25 years ago and there is not a day goes by that I don’t think of him, remembering what he and my mother did for me and my eleven siblings.

Mark has written a song that talks about my parents, “Somewhere in Me There is You” (it’s the title track for my upcoming recording) and in particular my dad. I was blessed with his ability to sing and I have tried to share some of him in this recording. As many of you may know I always have my father’s cap and cane on stage with me alongside one of my mother’s scarves. They bring them into my life everyday with the memories attached to them, and in every show, and on every stage they are still with me.

These songs will let you reflect and remember your Dad. If you are fortunate enough to still have him with you, then please sit and listen together to share some music, stories and memories again. Perhaps even create a few new ones to hold on to.

Along with the concert video, I’m also including for download two audio CDs “Love is A Voyage” and “When I Grow too Old to Dream”.

Some light for these gloomy times

As we find ourselves more and more isolated in this time of COVID-19, I am so very pleased to tell you about a new project that Mark, Jason and I are working on. We will be going into the studio and local church (where we will very responsible and socially distanced as required to ensure a safe  environment for each of us) and we will be recording a number of programs that will be available for viewing on my website over the coming months. We are going to offer a varied mixture of performances that hopefully will bring you some comfort, reflection and joy.

Our first recording is a Memorial Day Program, with songs of patriotism, of remembrance, of love and loss. We’re dedicating them to: our Veterans who serve and have served and to all those who paid the ultimate sacrifice in defence of our freedoms; and to the First Responders on both sides of the border – brave men and women who are on the front lines everyday during these dangerous and trying times.

Additionally we are offering two of my albums of patriotic music, Legacy of the Patriot and Remembrance for download – all in a single package price

On the eve of a New Decade…

For a little over 25 years I have been blessed through my music to travel the world and entertain, over the course of that time I have shared the stage with some true legends of the music world  the Chieftains, Nana Mouskouri, the Seekers, the Boston Pops and too many more to mention. I have performed on some of the most iconic stages like Wembley, Herodes Atticus, Fenway Park is always a favourite and I had the joy of discovering, and in some cases mentoring, up and coming new young artists, sharing the stage with them and in a few cases watching them grow into true stars. On this journey I have also had the distinct honour and privilege of sharing the stage with a group of incredibly talented musicians whom I am blessed to call my friends – “the band“ – none better, I think, than the present group with whom I share the stage throughout the year: Jason Fowler (19 years with me) and Mark Lalama, and for the past three years as the Christmas season approaches I have had the pleasure of Amanda Walther and Sheila Carabine  (Dala) and Drew Jurecka also joining us on stage. For me, it’s the best group I have ever worked with. 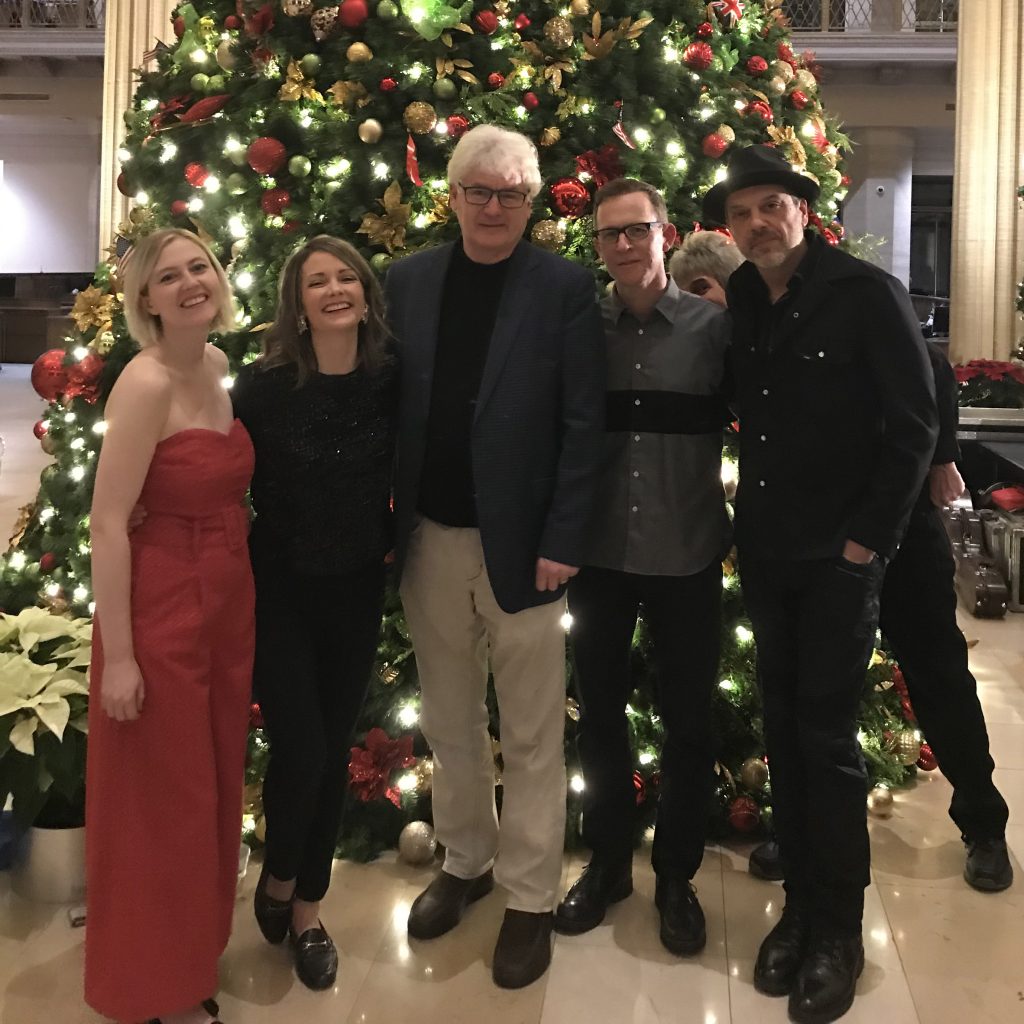 What I am most proud of is how we have taken the success that I have achieved over the years and through the support and generosity of a truly loyal group of fans from all over the world, who have continually purchased my music and year after year attended my shows and supported my efforts towards making this world a better place.

Since 1996 my focus has been towards Veterans in Canada and the United States, and shining a light on them. Acknowledging the sacrifices they have made to make our world a safer and better place, to make sure that we don’t forget them, and to make sure their needs are recognized and met. Through extraordinary people like Thomas J Lyons USMC (Ret) from Boston and Frank Carroll from Worcester Mass., we are making a difference. With Tom Lyons and the Semper Fidelis Society of Boston, the Congressional Medal of Honour Society, and the Marine Corps Scholarship Foundation Program we have helped to better the lives of veterans and their families throughout the U.S. With Frank Carrol through the St. John’s Food For the Poor Program we have been able to help feed and cloth on a daily basis, hundreds of homeless individuals, and to feed the children and assist families who are less fortunate than ourselves. This is an ongoing and growing need and we will strive to continue to meet this demand. I am blessed and honoured to be working with these two champions and hope to do so for many years to come.

In Canada I started the McDermott House Canada Foundation in memory of my parents. My father was a veteran (RAF) and in November 1994 two months before his passing he asked if I were ever successful at the world of entertaining, that I direct my success towards giving back to Canada and to the veterans who sacrificed so much for this great country of ours. The initial project and commitment of McDermott House Canada is the renovation and expansion of the palliative care unit in the veterans wing (K Wing) at Sunnybrook Health Sciences in Toronto, the largest veterans hospital in Canada. The funds required to complete the renovation are 3.6 million dollars and we hope to complete that fundraising effort in 2020. Once this is done I plan to focus McDermott House Canada Foundations resources and fundraising efforts on Hospice care, locally and nationally.

I hope that you will continue to support me and McDermott House Canada and help me to continue to serve those who serve and have served. Help improve the conditions and environment around those at a time in their lives when needed the most – in the declining stages of end of life – by offering them love, support and dignity.

As I look to the future as an entertainer, I plan on continuing to perform each year during the months of September through December. I will still have a few public shows that will happen throughout the other months of the year, but going forward I plan to focus on awareness of and fundraising for Hospice locally and nationally during that time frame.

I will also continue to support Thomas J. Lyons and Frank Carroll in their work to support our Veteran community and the community of the homeless. We will support families and individuals who are struggling to give what a family needs: food, shelter, friendship, love and dignity in times of need.

At the present time I am working with Mark Lalama and Jason Fowler on a new recording, “Around The Corner” for release in 2020.

The book I have been working on for the last few years is something I hope to complete in 2020, now entitled “The Accidental Tenor”.

I want to thank everyone for their continued support and wish each and every one of you a joyful Christmas and a blessed and happy New Year. We look forward to seeing all in 2020 when we tour near you.

Sisters of the Third Order of St. Francis 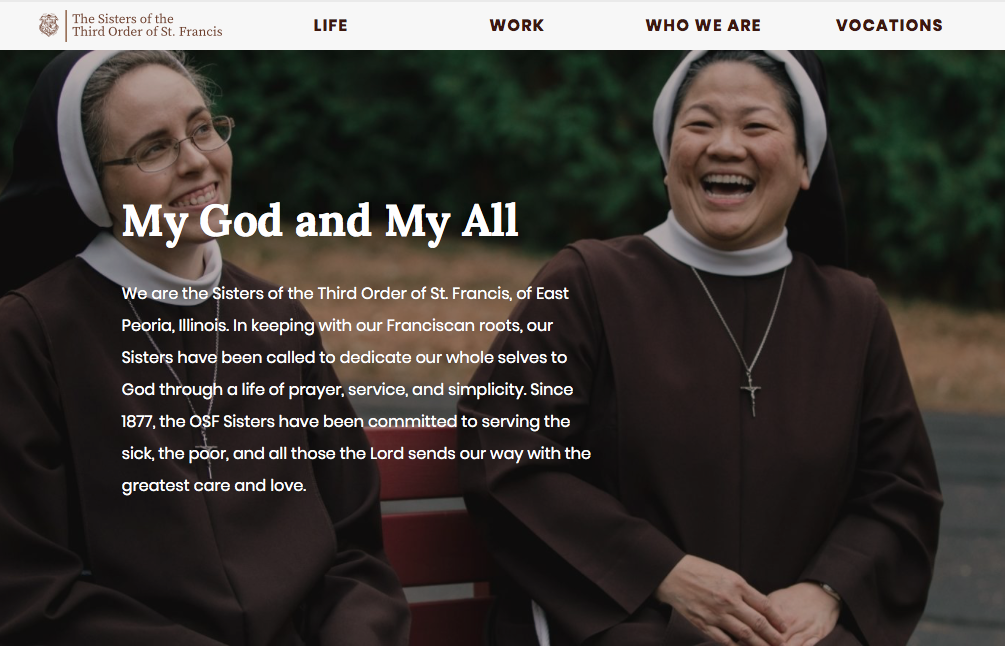 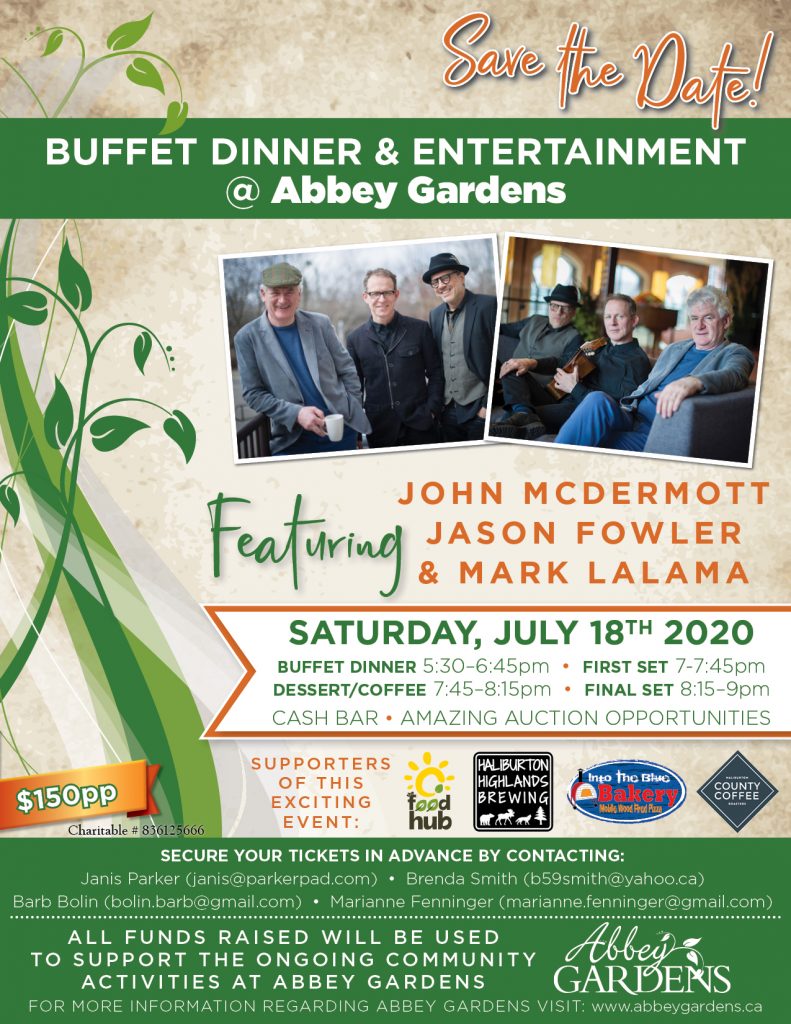 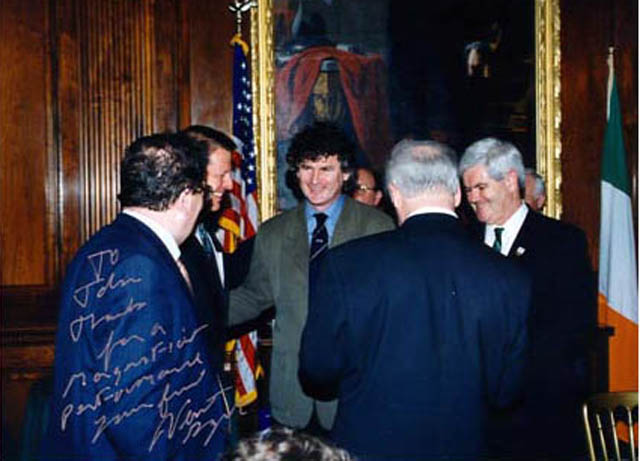