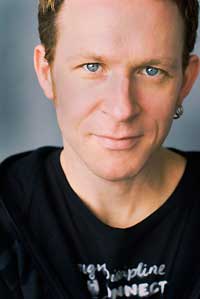 Jason Fowler is a Toronto singer/songwriter, guitarist, producer and musical director for John McDermott. He has played guitar with John McDermott since 2001 and produced John's latest CD "Journeys". He has also released five CDs under his own name and has played on over 100 albums. A two-time winner at the Walnut Valley National Guitar Championships in both the Fingerpicking and Flatpicking categories, Jason is acknowledged as one of Canada’s most gifted guitarists. He holds a degree in Classical Guitar Performance from McGill University and was the inaugural winner of the OCFF (Ontario Council of Folk Festivals) Instrumental Composition of the Year Award. In 2003 he was the recipient of the CEC McEachern Award for Outstanding Musical Accompanist for his work with Anne Lindsay, April Verch, Amy Sky, Marc Jordan, Susan Aglukark, The Cottars, Quartette, Susan Crowe, Nana Mouskouri, Murray McLauchlan, Brent Titcomb, Ian Tamblyn, Jory Nash and many other artists in Canada’s roots music community. www.jasonfowler.ca